Improving our understanding of how wild European hamster populations behave

Farmers in Alsace, supported by the CARA (Alsace Chamber of Agriculture), are currently testing innovative crop growing methods that should increase the European hamster’s chances of survival. In order to monitor these wild animals, the ONCFS (National Hunting and Wildlife Bureau) has conducted a campaign to identify hamsters on the plots of land in question. Photo report on the teamwork between partners of the European LIFE ALISTER project. Preparation of bait and laying the traps

Traps were placed near the entrances of monitored burrows and the hamsters were attracted by an inventive mix of onions, potatoes and peanut butter. Once captured, individuals were weighed, measured and fitted with microchips. Fur samples were kept for future genetic analysis.

The females are marked so they can be monitored throughout their active phase (from April to October), allowing researchers to learn about their survival rate and the number of litters (and young) they raise. The resulting analyses can then be used to assess the impact of innovative farming practices on the hamster’s survival and reproduction parameters. The ONCFS will be responsible for telemetrically tracking these first adult wild hamsters throughout the summer until they hibernate. 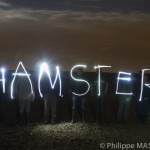 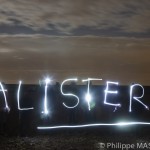 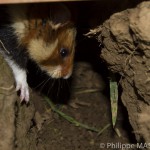 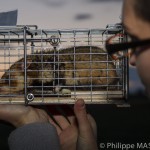 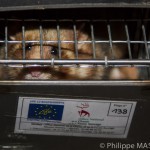 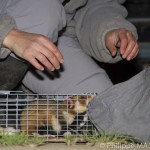 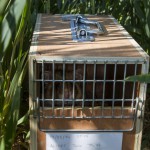